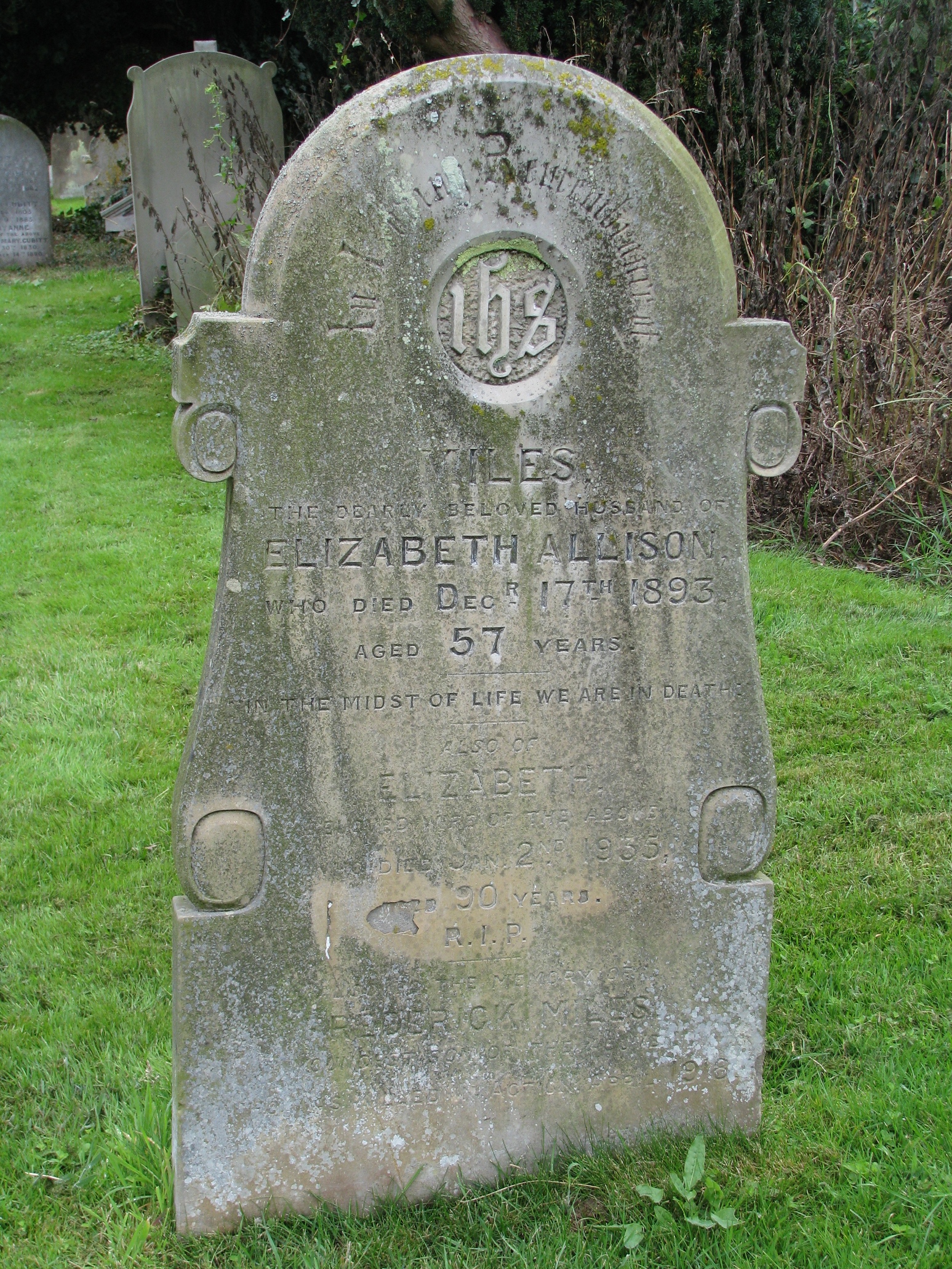 Having recorded the inscriptions on the gravestones in St Margaret's churchyard for the Old Catton Society archive the memorial of Miles and Elizabeth Allison (died 1893 and 1935) drew my particular attention. At the base of their stone are the words “Also in memory of Frederick Miles the youngest son of the above who was killed in action in France April 1918”. His name is not recorded on the Old Catton war memorial, and the recent events for the commemoration of the start of WWI prompted research to find out more.

Frederick was born in Old Catton on 24th October 1884. Census returns show that the Allison family were resident in Church Street in 1891, where his father's profession was recorded as a butler (no doubt at Catton Hall).  After the death of his father the remainder of the family moved into Norwich, close to St Augustine's gates where, in 1901,  Frederick junior, age 16, was a timber merchant's clerk. There is no record of him anywhere in England in 1911 however.

In the Commonwealth War Graves records I found Frederick Miles Allison, a private in the Coldstream Guards (No 13642) who died on 13/04/1918 and was commemorated on the Ploegsteert memorial (Belgium). A subsequent reference led to Edencrannon in Co Tyrone.

Northern Ireland census records revealed Frederick Miles, an agricultural labourer, and his wife Sophia living in Castlecaulfield, Dungannon, Co Tyrone in 1911. Significantly, however, his birthplace was recorded as England in that census. Dungannon Council helpfully provided a way forward through the website of the Friends of the Somme, Mid Ulster Branch, containing a photograph of the war memorial in the Church at Castlecaulfield, commemorating the death of Fred Allison. (See their website)

Their marriage certificate was found showing that he married Sophia Hall on 6 June 1910 in Northern Ireland. His father was revealed as Miles, a butler, and, also very usefully for research, one of the witnesses was Nelly Allison – his sister Ellen born in Old Catton in 1878.

There could be no doubt that the mystery was finally solved and I was pleased to find that a permanent memorial existed. Now only the circumstances of his relocation to Northern Ireland are unknown.